In the 1950s, the “Better Living Through Chemistry” movement started to take off across most industries: households saw never-seen before ingredients in clothing, cleaning, beauty and even food. This of course saw a rise in the production of manmade chemicals and materials, and it is estimated that since the 1950s over 9.1 billion tonnes of plastic have been produced, many of which are single-use items.

Made from fossil fuels, plastics end up in landfill and oceans and are causing terrible problems for ecosystems. For instance, birds mistake plastic bag debris for food, sea turtles think floating bags are jellyfish, and fish eat tiny pieces, known as microplastics; all end up filling their stomachs with this toxic material. It is known that at least 267 species have been affected by plastic pollution in the ocean[1], and that one in three leatherback sea turtles have plastic in their stomachs[2] and 100,000 marine animals are killed by plastic bags annually[3]. A 2015 study stated that around 8 million tons of plastic waste ended up in the ocean in 2010[4], and a 2016 study by the Ellen MacArthur Foundation estimated that by 2050 the ocean will contain more plastic than it does fish[5].

Plastics take at least 500 years to decompose, and even then they don’t completely breakdown but photo-degrade, which means they break down into smaller compounds, or microplastics. These microplastics also contaminate soil and water and continue to absorb toxins. The presence of microplastics in the water table and soil means it’s not just marine life eating plastics, but cattle and other animals, and sadly microplastics have even been found in the fruit and vegetables we eat[6].

Thankfully, some steps are being taken to reduce single-use plastics, and over 60 nations have either imposed bans or placed taxes on these items. The EU voted to ban the top 10 single-use plastic items found on European beaches by 2021, and is also calling for 90% of plastic bottles to be recycled by the year 2025. If 90% sounds like a low target to you, read this: in 2017, one million water bottles were purchased every minute, and 91% of these were not recycled[7].

So before you use that plastic bag, buy that plastic bottle or wrap your food in cling film, take a moment to think about what impact your actions may be having on the environment and how simple steps can be taken to reduce your plastic dependence: 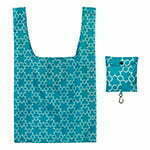 Instead of using plastic carrier bags (which are used on average for just 12 minutes and only 1% of which are recycled)
Pack a reusable tote shopper when you go shopping. There are so many different designs, and some fold up into a handy portable sized item that will fit in your handbag or rucksack. 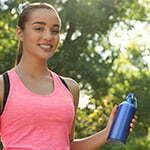 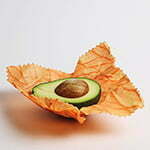 A reusable, eco-friendly alternative to single-use cling film. WaxWrap bags are made from 100% natural materials: organic cotton cloth coated in a mixture of beeswax, pine resin and jojoba oil, which all work together to keep your food fresh.